Punk icons The Boneless Ones will release their new album, Back To The Grind, on Friday, May 13 via Thunder and Lightning Records.

With founding members Max Fox (vocals) and Troy Takaki (bass) with former drummer Chris Kontos (Attitude Adjustment, Machine Head) and new guitarist Craig Locicero (Dress The Dead, Forbidden), and after 35 years, still – the Bay Area quartet breathe current life into the sounds/customs that crucially connect punk, hardcore, metal and skateboarding. In fact, it was appearances on the pivotal Them Boners Be Poppin’ (Boner) and Skate Rock Volume 3 – Wild Riders of Boards (Thrasher) compilations that set up the debut album Skate For The Devil for near-continuous reverence since the day of his exit. in 1986 to its most recent re-release via Beer City Records in 2020.

Back To The Grind is an album steeped in Bay Area roots – the bustling scene of Berkeley, Ruthie’s Inn, etc. – but it is not a musical retread. Yes, the old songs have been rearranged. Yet these are the new songs where The Boneless Ones massively shine, rebellious, wax dynamic (fast and slow) and hit harder than metal on concrete. Skeel’s guitar hero antics are still steeped in Locicero’s contributions, and the wry humor of the band’s formative years remains intact. There is no confusion in the direction, however. It’s skate rock/crossover music, as poignant today as it was in the mid-’80s. until the launch pad impulse of “Good Friends” and “Blood On The Streets” informed by Vanishing Point. For a group of guys with miles on their backs and stories to tell, Back To The Grind illustrates that it’s never too late to resurrect and once again persist with what matters most.

“We wrote the whole record in the spare bedroom of my house,” says drummer Chris Kontos. “I was on electric drums. I kept it like a caveman. I didn’t want a Machine Head or Gojira level style of drumming on this record. The record was to be played on a flywheel, like drums some Rikk Agnew [Christian Death, Adolescents] moments on this record. He also understood the skate theme we were looking for. The modern [recording] the technology going right into my computer really helped our readings. We finally had a quality pre-production from there. We all had our parts down by the time we were ready to go in and record.”

The Boneless Ones are more of a columnist. Musically, it’s tangible throughout Back To The Grind. Lyrically, Fox has lived a life, and everything that goes with it. Themes of brotherhood, lost love, reflection and skateboarding – a scene in which the singer remains very active – are woven throughout the lyrical expenditure. Indeed, “Back To The Grind” strikes to never let go, while “Bones Of Rock” pays homage to rock ‘n’ roll; grief is addressed on “In The Cold” and “Good Friends” honors the unfortunate death of a friend; “Crossing Over” takes up the principles of Bay Area cross-over music and the bands that inspired it. Back To The Grind chronicles the last 35 years of Fox’s life.

“I write in two different styles,” Fox explains. “There are songs that tell stories and songs that tell a story. I wrote a lot of new songs from the heart – things that happened in my life. They are “songs of life”. I lived my life and I have stories to tell. I realize that not every song needs to be a long, drawn-out short story. Some of the songs are playful, fun and happy. But we also have a very serious side. Both sides are important to us, and I think they define what the boneless were and are now. 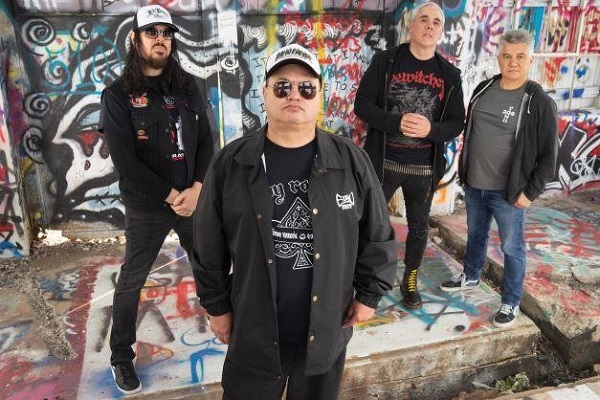 Kevin Army and his trusty 8-track recorder did the job on Skate For The Devil in 1986. The Boneless Ones (and the technology) have evolved, however. The band enlisted producer Zack ‘The Wizard’ Ohren (Machine Head, Fallujah) and Oakland-based Sharkbite Studios to properly capture Back To The Grind. The sessions were rigorous but productive. On day one, Kontos listened to 10 of the 13 songs, while Fox nailed the vocals in two days. The Boneless Ones then brought in Grammy Award-winning mixing engineer Matt Winegar (Fantastic Negrito, Primus) and mastering guru Ed Littman for Ed Littman Mastering to make sure Back To The Grind would blow up. and would go from skatepark speakers to streaming playback.

“Zack was good,” Takaki says. “He was there with us from the start. You always know where you stand with Zack – he voices his thoughts. So he helped us clean up our act. Chris was amazing. His game is so physical. After the drums, we did bass and rhythm guitar. Now we save everything individually. I work in film, so I understand the theory, but this is my first time recording bass myself. The recording was so different from the first album. We definitely pulled some favors to have the music recorded 1,000 times better than it should have been.

Where the Boneless Ones go from here is determined by pleasure and feeling. This is how they started, and this is how they will continue. Certainly, the years of secret marketing via Hollywood films (Diary Of A Wimpy Kid [as Löded Diper], The Bounty Hunter), skate videos (Monster Energy Drink and Thrasher Magazine “Magic Maka Bus” featuring pro Grant Taylor) and appearances in other media have helped The Boneless Ones stay in the spotlight. The tradition continues with music spots in the documentary about downhill skater Nick Broms: What’s The Rush? and the HBO Max series Dead Boy Detectives. Acclaimed artist Mark DeVito (Metallica, Motörhead) completes the Bay Area circle with a raging cover and new slime green logo design. The barrels keep flowing, the party never gets dull and, most importantly, the grinds are always gnarly with Back To The Grind by The Boneless Ones. 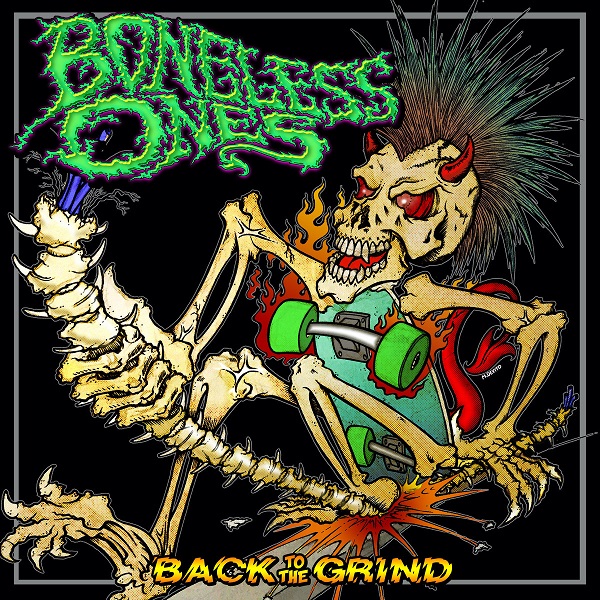 Video “Blood in the street”: