England have had a disheartening start to their 2021/22 Ashes campaign, dropping to 147 undernourished as Australia’s pace attack unleashed in Brisbane.

When Burns was beaten by the first bullet in the series it was a dramatic and terrible moment for England, but not entirely unprecedented. In fact, it was the second time they had launched an Ashes campaign with an immediate box office – Stan Worthington fell behind on Ernie McCormick’s December bowling on the same pitch in December 1936. At the time, the Worthington’s teammates rallied at 358 and galloped the match. Burns can only cross his fingers for such a result. 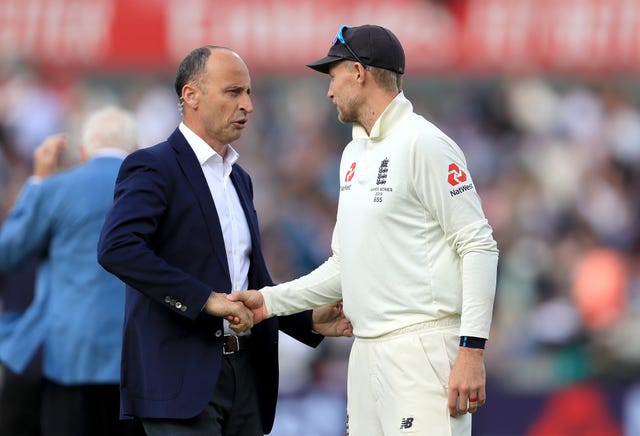 Nasser Hussain’s decision to send Australia to bat after winning the draw at The Gabba in 2002 is considered one of the biggest captain’s mistakes of modern times. By the end of day one Australia had racked up 364 for two and the wheels were off for tourists. But Joe Root shouldn’t have been afraid to make the same call this time around, with overcast skies, choppy forecasts and green terrain to mine. These are the kind of conditions an English attack dreams of Down Under and Root’s decision to give the opposition bowlers the first use backfired.

Australians across the country couldn’t help but rejoice in their camp’s dominance, including emergency services.

With traveling England fans excluded from the tour, a group of die-hard Barmy Army supporters gathered at a London facility to cheer the team on all night several thousand miles away. It got a little heavy for the resident trumpeter, who tried his luck for 40 winks after a demoralizing first session.

The England players entered the pitch wearing black armbands, honoring the memory of player Eileen Ash. The former England women’s international died this weekend at the age of 110, after being the world’s oldest female test cricketer. Ash made his debut in 1937.

Day two is expected to start early, but wilder weather is expected on Thursday, with Australia’s Bureau of Meteorology warning of a risk of “possibly severe” storms and a 70% chance of downpours.